So, I've pretty much turned into the worst blogger ever.

Ah, I remember when I use to write all my posts for the week on Sunday and then sit back and glory in my organized productiveness. I'm starting to wonder if someone was sneaking crack into my coffee back then.

Lately, it feels like the days are getting shorter and I'm losing hours. Hm....maybe I'm experiencing alien abductions and they're wiping my memories so all I'm left with is a deep sense of having not gotten everything done. It's possible.

Anywho, there's about another month of summer left and then hopefully our new family schedule will make things easier. Until then, the likelihood of on-time, consistent blog posts is very low. I do want to let you know that I have lots of posts in various forms of readiness and some really fun (or fun to me) plans for the rest of the year. All that to say, please don't leave me. I need you guys.

As a consolation prize for my lack of blogging and the likely emptiness you all feel (you don't have to say the words, I know), here is a video.

This is from the agent panel I was on at Utopiacon this year and features some other very lovely and talented agents. I haven't watched it because watching myself on video is a form of cruel and unusual punishment, however, I probably make a fool of myself at least once, probably twice. So...you're welcome.

Am I done yet?

If you haven't heard it before, let me be the one to tell you that greatness in literature is created not in the writing, but the editing. No one flops out a first draft ready to take on the world. While most of us understand the great need to edit and polish our manuscripts, the looming question is always how much.

When I first began my journey toward publications I would hear of authors working on their 16th or 17th draft. The idea of making that many edits made me want to quit before I even got started. I've learned along the way that those many drafts aren't a requirement, but the question is still present. When will I know I'm done editing?

There still isn't any hard or fast rule, but here are five semi-helpful benchmarks to help you answer the question: Am I done yet?

Thesaurus Switcheroo
So you've edited the big stuff. Your plot is hole free and your character arcs are like double rainbows. You've fine tuned your dialogue and everything feels good. But you still find yourself in edits. Because instead of moving on, you keep switching perfectly good words for other perfectly good words.

Newsflash, this thing is never going to be perfect. There will always be a better word. Stop. You're done.

Fear and Loathing between the pages
You've read your manuscript so many times you have entire paragraphs memorized. You could quote your character's breakthrough scene like it's Ice Ice Baby on Karaoke night. And now, you can't stand to read it one more time. You are actually skimming parts. Not because they are boring, but because you cannot bring yourself to read that scene for the 50th time.

You don't have to read it anymore. Stop. You're done.


Because you must
Maybe you have a deadline with your publisher. Maybe you promised your editor you'd have the final draft to them by a certain date. Either way, your deadline has come and it's time. Unless you honestly haven't put in the time to edit your manuscript, you need to turn it in.

Publishing is slow enough as it is. Don't make it any worse. Stop. You're done.

Arson isn't a bad idea
Every writer reaches that point when they have edited their book so much that they are now convinced they are in possession of 300 pages of complete horse manure. You're convinced that despite what other people say, you've written the literary equivalent of a compost heap. The only thing to do now is light the whole thing on fire and start over.

Don't do this. You're manuscript isn't crap. Stop. You're done.

The final countdown
You were convinced you were done editing three weeks ago, but every time you read it you find other places to make improvements. Each time you tell yourself this is it, but it never is. Now you have eighteen word docs all name Book_Title_Final, Book_Title_Final2, Book_Title_Final3, etc. This isn't healthy. You're going to make yourself sick, blow up your computer, delete the wrong file or all three.

You can only be done once. Stop. You're done.

Seriously, only you the writer can know when your book is really done. But don't let a fear of missing perfection keep you from pursuing your dreams. No book will ever be perfect. So at some point, you just have to let go and say "I'm done."
1 comment: Links to this post

Celebrity endorsements: Do they sell?

The author blurb. It's become an entrenched part of the publishing world whether we like it or not. The question then becomes, do they actually work.

I recently went to the make-up store, a place I avoid in general. As I was making my hasty retreat to the sales counter I noticed a nail polish display. About 8 different colors were being promoted, but the kicker was the celebrity endorsement. Kylie Jenner was posing  seductively on the display with her nails front and center. The sign, with her face and well manicured hand simply said. "Kylie is wearing Kommando." 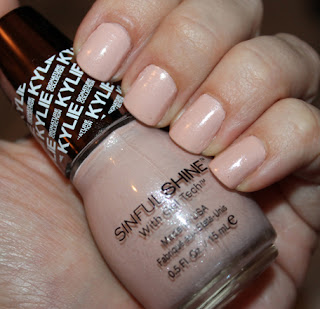 Kommando is a khaki/nude color and (in my opinion) the least exciting color on display. Seven of those eight color choices had at least five bottles available. Guess which one was completely sold out.

If you guess Kommando, get yourself a cookie cause your brain is firing on all cylinders.

Even though there were several other really pretty colors, the one associated with a celebrity was selling the most bottles. So what does that mean for us as writers?

Yes, blurbs work. Bookbub put out a great article on some actual quantitative testing they did on blurbs. It's fascinating if you like that sort of thing. Spoiler: they work.

Of course, not all blurbs are created the same. Getting a blurb from a NYT Bestseller is going to be more effective than that guy from your critique group who published a short story in a magazine three years ago.

Also, blurbs are useless if you don't use them. When I got a blurb from the USA Today HEA blog, I put that sucker everywhere. In fact, I have the quote framed and display it whenever I have a signing (Fun story, the lovely Serena who wrote that blurb was at the table right next to mine at Utopiacon, small world). So, if you are lucky enough to get a blurb, don't waste it by burying it on a hidden page of your website and never sharing it with the world.

When it comes time to ask for a blurb, the key is to be polite. When I was getting ready to publish my first book, I reached out to some really big names in YA for blurbs. They all declined, no shocker, but the door is still open in the future because I kept everything polite with please and thank you. It's not rocket science.

If you've got no idea where to start, here's a great article about an author who managed to score a huge foreword for her book. And she shares actual template emails to help spur your creative juices.


The long and short of it is that blurbs work. They aren't essential, and a blurb alone won't rocket you to bestseller status, but it's nice work if you can get it.
1 comment: Links to this post

Agency Lessons: What is NA?

Agency Lessons is a weekly post that gives authors and readers an inside look into the mind of a literary agent and a peek behind the curtain of how books are made. 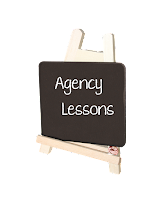 I was at UtopiaCon last week (which is why you got zero of the blog posts I promised myself I would pre-schedule, sigh). I had a ton of fantastic conversations about writing and publishing and books and whee! It was a whirlwind for sure. But I had an epiphany about one of the many subjects of debate while on my drive home and I wanted to share it with you guys.

NA isn't new anymore. Well, It's a baby in the grand scheme of publishing, but with the speed things move around here it's already old news. Editors are not regularly requesting it and Amazon gave it its own category, so it's a thing for sure.

The question I hear most is, what thing is it?

Some people call it coming of age, but that's also what we call YA. Others say it's college books, but that leaves out a whole group of people who are just graduated and still clueless. Still others claim it's YA with sex, but even that misses the mark considering the boundaries YA has been pushing in recent years.

So this is what I came up with.
NA is Friends.

They don't have their lives together, even if they have a degree and a job. Those jobs keep changing and most of them have no idea what they want to do with the rest of their lives. Careers are still being decided.

Love lives are like a revolving door at Macy's. Not that they aren't all looking for that special someone. They just haven't found them. Or they did find them and then did something stupid when they were "on a break" and ruined it completely. For most of the Friends characters, they are still learning who they are so then they can figure out who they want to love.

While most of them have a job of some kind, money isn't flowing in through the unrealistically large apartment windows. Some come from a silver spoon and are learning how to make it. Others know exactly what hard work is. Still others are willing to make sacrifices in order to pursue their dreams. While the cast is lacking in ethnic diversity (keep that in mind while writing NA), it does a great job of showing people from many different upbringings.

In Friends, life is still about deciding who you are and making mistakes along the way. And that's the essence of NA.

As soon as the characters got their act together, got married, settled down to have kids and found their life's calling, the show ended. It wasn't new adult anymore. The characters were now fully minted adults. And as viewers we could see that shift happening. That doesn't mean the end of your NA needs to show your characters becoming adults. It means that's where the line is. It's a little blurry and it can look different on different characters, but there is definitely a line. 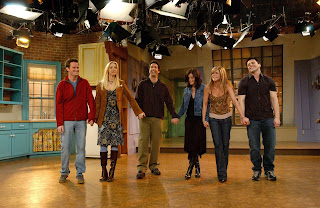